Here are 6 fantastic video game worlds to escape from your exhausting daily life. From Tamriel to Thedas, these fantastic realms are waiting to test your might.

Video games are the ultimate form of entertainment as they are able to offer powerful narratives enhanced with cinema and music. And when the RPG elements are added on top of them, we have these amazing interactive stories that are usually set on massive worlds filled with myths, legends, and great characters. That’s why we came up with this list of 7 fantastic video game worlds to help you escape from your daily life.

Northern Kingdoms are a part of The Continent where The Witcher games and books are set. The Continent is a land filled with beasts that came from other dimensions. The land is also home to unending battles, twisted politics, and corrupted magic. It is so dangerous for commoners that they actually created a special breed called Witchers to hunt monsters and grotesque beasts.

As one of the best video game worlds, The Continent offers all of the things you would see in a land of fantasy. From sorcerers to werewolves, elves to dwarves, we can only hope that Destiny is in your favor on the Path.

Created by demons and angels, Sanctuary is unforgiving land that is home to terrifying evils. Everyone living on this land has a very slight chance of survival. Even when they live, the fear is a constant companion alongside death. It is also a world that has doors to Hell itself, allowing demons to lurk around in the deep denizens and sometimes on the surface.

Living in Sanctuary is a nightmare. ‘Luckily’ you can jump right back into this world with Diablo II: Resurrected.

Tamriel is one of the most complex fantasy realms that we have ever visited in any video game. It is divided into various regions like Elsweyr, Hammerfell, Black Marsh, Cyrodiil and of course Skyrim.

It is also home to ancient deities, heroes, myths, kings, and lost races. You can start discovering Tamriel by yourself with The Elder Scrolls Online as the game offers some of the most famous regins of the realm.

Developed by Obsidian Entertainment, Pillars of Eternity open the doors to Eora, a magical land filled with forgotten evils and ancient magic. While the games in the Pillars series were amazing in portraying Eora, we will visit this mesmerizing land with Obisidan’s new game, Avowed. 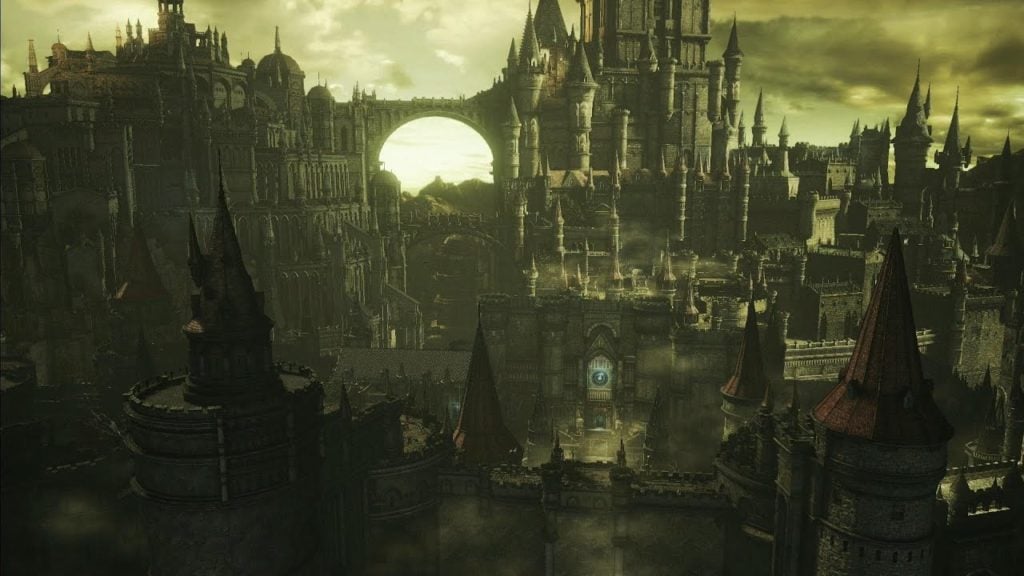 Lordran is the land of Gwyn, the Lord of Sunlight, Nito, the First of the Dead, Seath the Scaleless and the Witch of Izalith. These lords that kindled the ancient flame lived here with their followers for hundreds of years. As the Chosen Undead, our mission was to overcome the many dangers and face horrors lurking around in this kingdom; to rekindle the flame that is the source of life.

Thedas is the place where Dragon Age games are set. It is home to elves, dwarves, humans and also demons of Blight that threaten the land. With Dragon Age: Origins, Dragon Age II and Dragon Age: Inquisition, we get to visit the mighty cities of Thedas while also meddling with its wars and politics.

On the other hand, the name Thedas is actually an acronym. Thedas stands for The Dragon Age Setting.

Well, these are some of the fantasy video game worlds that will help you forget about the trivial matters of daily life.