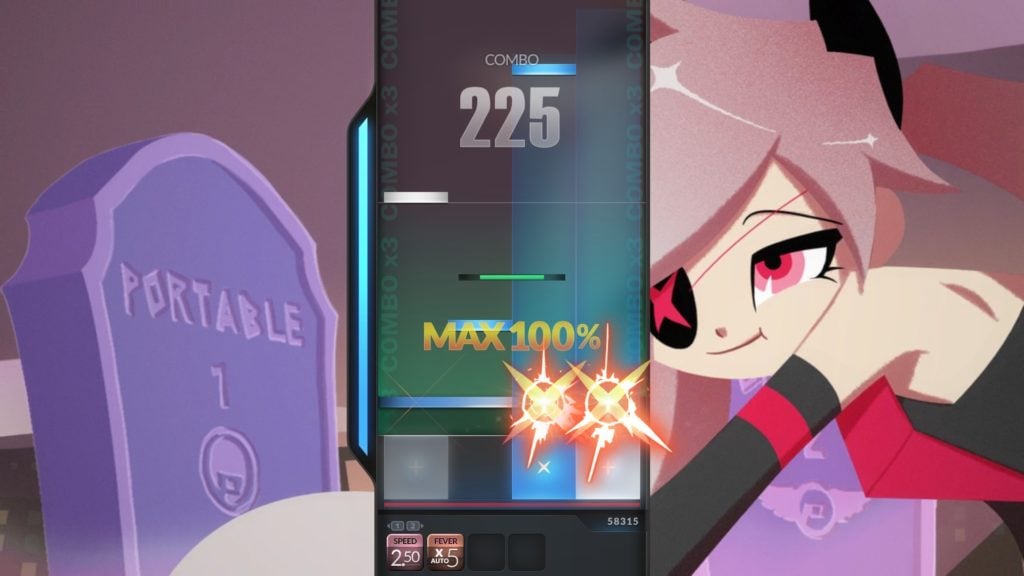 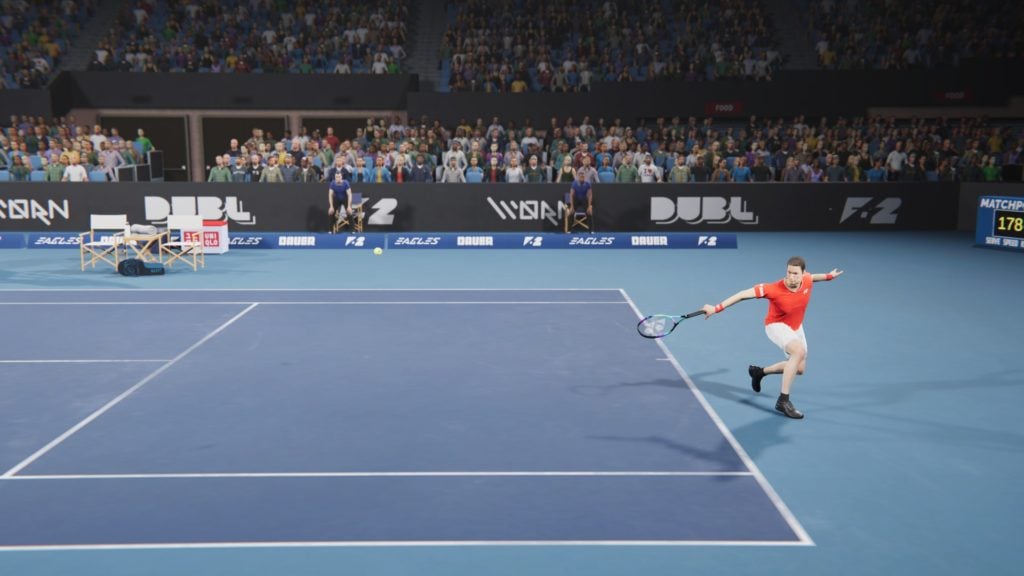 Synopsis of DJMax Respect V: “The season starts now – grab your racket and become the world’s next tennis champion!

Your opponent is on the court and the crowd waits for a promising challenger for the grand finale… Are you ready for Matchpoint?

The game places a strong focus on tactical realism, positioning, and aiming, allowing the player to move their superstar in exactly the right way to get the most out of their shots.
Matchpoint – Tennis Championships combines slick character animations, authentic ball physics, and enhanced player control to replicate the realistic rhythm of the game – every swing and hit feeling unique and satisfying.”

Synopsis of Road 96: “Road 96 is a crazy, beautiful road trip. The discovery of exciting places, and unusual people on your own personal journey to freedom.

An ever-evolving story-driven adventure inspired by Tarantino, The Coen Brothers, and Bong Joon-ho. Made by the award-winning creators of Valiant Hearts and Memories Retold. Announced as part of the OMEN Presents initiative from HP Inc.

Moments of action, exploration, contemplative melancholy, human encounters, and wacky situations. Set against a backdrop of authoritarian rule and oppression.

A stunning visual style, a soundtrack filled with 90s hits, and a thousand routes through the game combine so each player can create their own unique stories on Road 96.

On this risky road trip to the border, you’ll meet incredible characters, and discover their intertwined stories and secrets in an ever-evolving adventure.” Escape Academy is a school where promising students train to become the ultimate Escapist.

Synopsis of Escape Academy: “Play over a dozen masterfully hand-crafted rooms, designed by experienced experts in the field of REAL LIFE escape rooms. Experience the entirety of Escape Academy alone in single-player OR through two-player co-operative play. Available in local or online split-screen.

Explore the campus of Escape Academy and get to know the faculty, a colorful cast of characters, each an expert in the art of Escape. And some with secrets yet to be uncovered… Featuring Music and Sound Design by the one and only does one (Gang Beasts, SLUDGE LIFE, Disc Room, Enter the Gungeon).” Synopsis of My Friend Peppa Pig: “Enter the world of Peppa Pig in this fun-filled adventure that little ones will love.

Ring the doorbell at Peppa’s house to begin an exciting journey with all of your favorite characters. You’ll become Peppa’s new friend and star in your very own story as you choose activities everywhere you go.

It’s just like stepping into an episode of the TV show where all Peppa’s friends are excited to meet you. You’ll learn plenty of interesting things as you journey to the beach, visit the museum, and explore the exciting world of vegetables in Potato City. You could even meet everybody’s friend, Mr. Potato!

Help Daddy Pig find his glasses, follow animal tracks in the forest, or sing the Bing Bong song with Madame Gazelle. Of course, you’ll want to make time for jumping up and down in muddy puddles.” 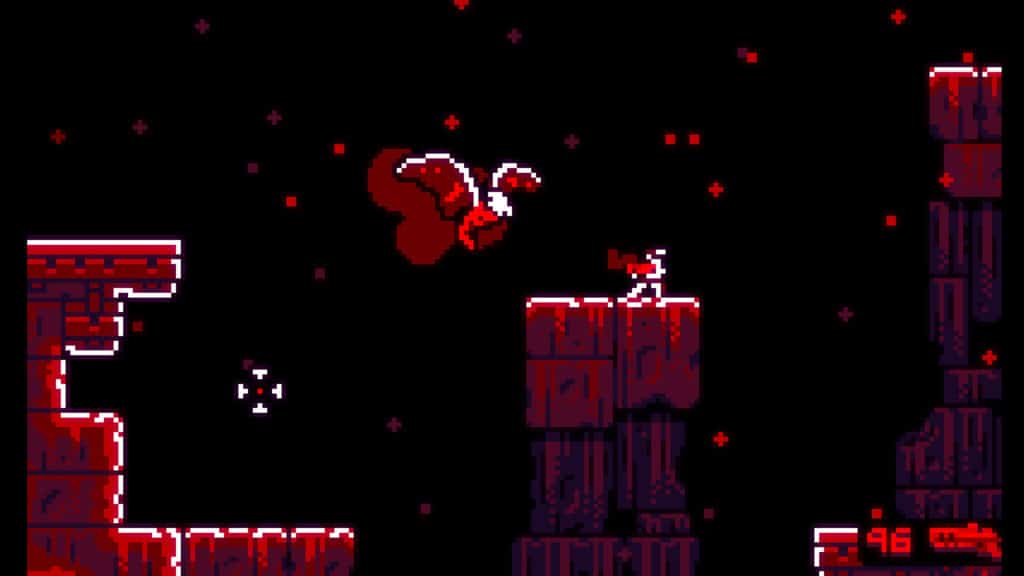 You are a single soldier sent to wipe out a hive of monsters during this adventure. Then, the game is about making you feel overwhelmed. From the design of the graphics through the audio to gameplay, each part of the game is designed to make the challenge presented to you feel overwhelming. And yet it does so in a way that doesn’t feel frustrating or unfair.

Synopsis of PAW Patrol The Movie: Adventure City Calls: “A big city means a bigger adventure! When Ryder and the PAW Patrol learn that Mayor Humdinger has taken over a buzzing metropolis, they must race into action to save Adventure City from his selfish scheming. The pups need YOU to join Team PAWsome!

So, Adventure City here we come! Be your favorite pups including Chase, Skye, Marshall, and new streetwise city girl, Liberty – and use their unique abilities in high-adrenaline rescue missions. Use next-level gadgets and vehicles to explore all-new locations from PAW Patrol: The Movie. And have fun with minigames like Pup Pup Boogie, Runners, and more. You can play solo, or in couch co-pup mode with a friend, in this fun-for-all 3D platforming adventure.

The PAW Patrol pups were born to be heroes – are you ready to join them on their bravest mission yet?!” Synopsis of PowerWash Simulator: “PowerWash Simulator is a casual simulation game developed by FuturLab and published by Square Enix in 2021. It was released through Early Access on Steam for Microsoft Windows on May 19, 2021. Players take control of a power washing business and complete various jobs to earn money. Gameplay primarily revolves around using a power washer to clean various types of dirt off locations, buildings and vehicles.”

How to Join the Xbox Insider Program?