After a successful foray into the comics realm with 2020’s Nexus War: Thor, Marvel is once again crossing over with Epic’s Fortnite in a new comic book mini-series set to debut in June.

Fortnite X Marvel: Zero War smashes these two massive universes together once again, only this time we’ll be taken on an adventure starring Shuri, Spider-Man, Iron Man, and Wolverine. Oh, and Jonesy is around, too, according to the cover art of the first issue. In the official announcement, Marvel describes the series as following “inhabitants on the Island who are locked in what seems to be a never-ending war, and only one thing has the potential to turn the tide—a crystallized fragment of the Zero Point that was cast into the Marvel Universe.” The previously mentioned superheroes and “several fan-favorite Fortnite characters” will be hunting down the Zero Shard in an attempt stop the machinations of the Imagined Order. 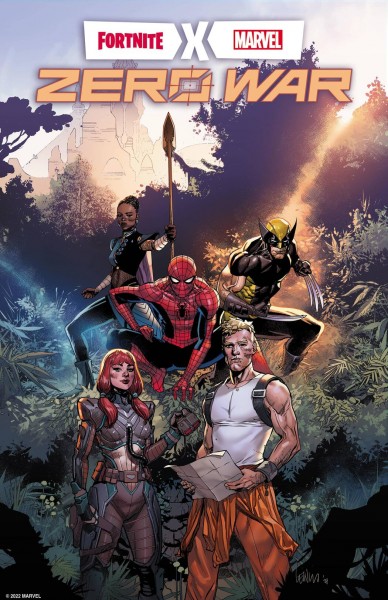 Both Wolverine and Iron Man have been available as skins in Fortnite before, but only as rewards for players who progressed through a past season of the paid Battle Pass. Could this usher in a way to get these two in a different manner? Even more plausible is the debut of Shuri in the battle royale. Nothing is confirmed as of yet, but having these three show up in the comic may be a good sign that their skins will be made readily available. The announcement mentions that those who purchase the first print issue will receive a code for a “bonus digital cosmetic.” Additionally, Marvel Unlimited subscribers who read all five issues on the mini-series run will be awarded a cosmetic as well.

For more comic book heroes you can play as, check out our comprehensive list of Marvel and DC skins available in Fortnite.

Assassin’s Creed: Liberation HD ‘Decomissioned’ From Steam But Will Remain Playable To Owners, According To Ubisoft