Anyone who has eyes and a heart and a copy of at least one of the Ace Attorney games will agree that it is a game series full of stone-cold hotties. (Can you be both stone-cold and a hottie?)

From the aloof, dadly suavity of the maroon-suited Edgeworth to the distressing ghost-cleavage of Mia Fey inhabiting other people’s bodies, there’s something for everyone, and although we definitely play it for the plot, it doesn’t hurt to have a few well-dressed fine young lawyers propping up the bench.

The fan art we’re showcasing today is a little unusual in that it comes from inside the games industry, from Valve artist Claire Hummel (AKA Shoomlah), whose work you may know as a concept artist for Bioshock Infinite, Campo Santo’s In The Valley of the Gods, and Valve’s VR game, Half-Life: Alyx. You might also know her other fan art, which covers a range between Wet Grumpy Pikachu and a mindblowing take on the musical Hamilton.

Hummel, like everyone else who has eyes and a heart and a copy of at least one Ace Attorney game, is a big fan of the Ace Attorney games, and is currently working on an “accidental” Ace Attorney series which imagines the main cast as shoulder-padded ’80s and ’90s lawyers. 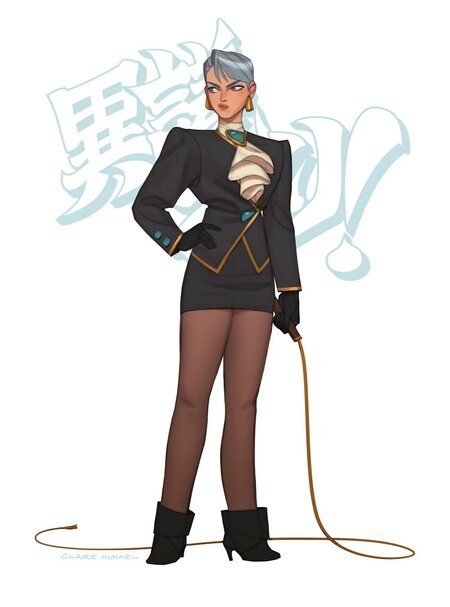 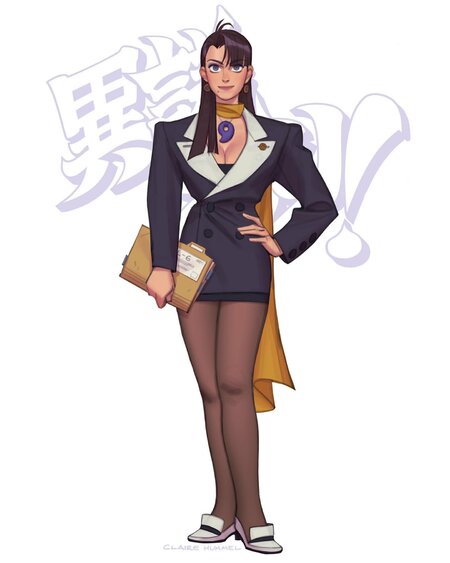 Franziska Von Karma wears a mini-mini-mini-skirt, blue eyeshadow, and a pout so powerful it could kill a man, while Mia Fey embodies the “perky young upstart ready to enter the law courts and Change The Whole Thing From The Inside” vibe that we loved in ’80s business movies. Also, they are best friends and they braid each other’s hair at sleepovers. This is our personal headcanon.

Miles Edgeworth and Phoenix Wright, meanwhile, are very much channelling the massive cell phone, Michael-Douglas-in-Wall Street look, while at the same time doing that coy “ahhh, this guyyyy” look that you’d see on a box set of Frasier or Seinfeld. It’s pitch-perfect. 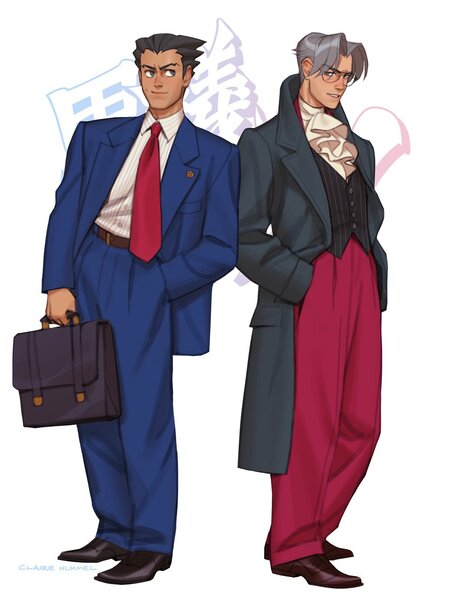 Tell us your ’80s and ’90s Ace Attorney fanfic ideas in the comments!

Random: This LEGO Zelda: Breath Of The Wild Figure Could Make It To LEGO Ideas’ Final Round