Intellivision Entertainment’s founder and CEO Tommy Tallarico is stepping down from his position, IGN reports. Tallarico, best known as a prolific video game composer, purchased and relaunched Intellivision in 2018 to manufacture the Amico, a new console aimed at attracting more casual players that has had a troubled production cycle since it was announced nearly four years ago.

Tallarico will remain with Intellivision, transitioning to the role of company president. He is also the company’s largest shareholder. Chief revenue officer Phil Adam will replace him as CEO. A statement from Intellivision provided to IGN says the change was done “to better align its resources with those new challenges” regarding the Amico’s development.

“As a 30+ year industry executive, I am excited to transition into the CEO role at Intellivision,” Phil Adams says in the statement. “As a business closing in on the last phase before launch, Tommy felt it important to provide focused roles so he can continue to do the things he loves the most. As always, we will be working hand in hand to bring Amico to the market.” 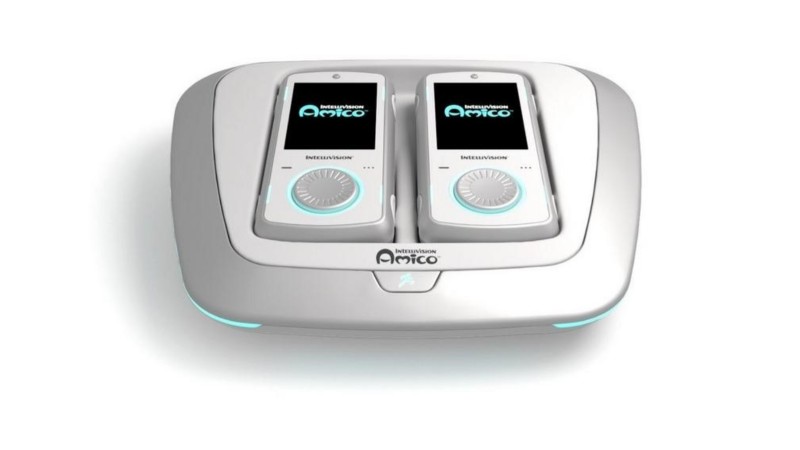 Intellivision has spent the last few years working on getting its Amico console off the ground. The device was announced in October 2018 as a lower spec family-focused console sporting twin touchscreen controllers designed to play smaller, affordably-priced games. When we interviewed Tallarico during E3 2019, he explained that the Amico primarily targets casual players saying “For us, there’s three billion gamers. They just don’t call themselves gamers, they play their phone every day. The reality is, they’re 55 percent of the entire $140 billion dollar industry.” The Amico library, which includes original titles and both classic and remastered Intellivision games, would be sold digitally, with 20 available at launch and six included with the console. The Amico itself runs for $249.99.

Unfortunately, the Amico has suffered three delays, with Intellivision citing supply issues caused by the COVID-19 pandemic. Pre-orders opened in 2019 (with 6,000 initial orders) for an October 2020 launch before that was pushed to April 2021 and then again to October 2021. The company’s website FAQ currently states Q1 2022 as its projected release window. That would mean the Amico has until March 31 to launch on time which seems unlikely, but time will tell.