Where does Fallout 76 take place? Where does the multiplayer installment of the franchise invite the players?

Fallout has been one of the best RPGs in the world of video games. Bethesda’s video game series has invited players to the nuclear wastelands numerous times in the past. With Fallout New Vegas, Fallout 3, and Fallout 4, we had the chance to visit Las Vegas, Washington D.C., and Boston after the nuclear bombing. Discovering the wasteland with all of its mysteries while meeting with ghouls, crazy leaders, and even aliens; it is safe to say that playing these games resulted in unforgettable experiences.

That being said, all of the installments in the Fallout franchise offer long gameplays with RPG elements. Thanks to great expansion packs, amazing side quests, and various other activities, we know that Fallout games are perfect single-player games. But this was not the case with Fallout 76. The last member of the franchise was a multiplayer game where players got to interact with each other on an open-world of the nuclear wasteland. And where is that wasteland, though? Where does Fallout 76 take place?

Where and when does Fallout 76 take place?

Like the other titles in the series, Fallout 76 is set in an alternate reality and takes place in Appalachia, West Virginia. The place consists of six areas and they are Ash Heap, Toxic Valley, Savage Divide, The Mire, Cranberry Bog, The Forest.

The design of West Virginia had lots of inspirations from the modern version of the state during the development. Some of the cities in West Virginia were actually adapted into the game whereas some of the other ones were changed. For example, Mothman Museum and New River Gorge Bridge do exist in the real world whereas resorts and schools are integrated into the game differently. It is possible to say that the game is very immersive in that context.

Players love West Virginia as Fallout 76 increases its player count each passing day. With the latest expansions like Wastelanders and Steel Reign, the Appalachia region gained new NPCs and questlines that further increased the game’s number of activities.

When does Fallout 76 take place? 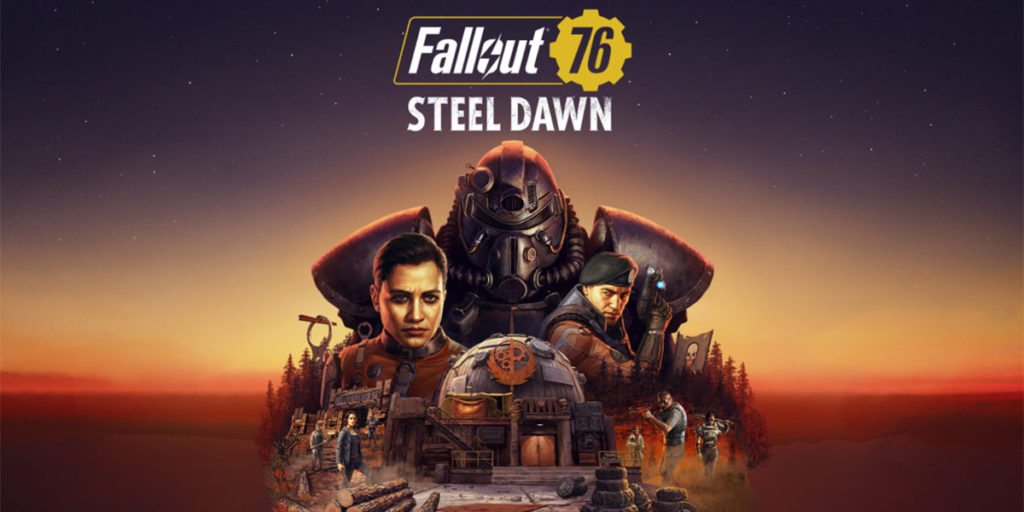 The players assume the role of a Vault dweller and go on a journey of resettling the Appalachia in the year 2102.

So the game is set 25 years after the Great War that resulted in the nuclear bombing of the United States of America. While the starting date of the last installment was 2102, the recent updates and expansion packs took it to 2104. The starting year was progressed with Wastelanders expansion pack and the starting year became 2103. And finally, the Steel Reign update took the year to 2104, roughly after 27 years of the Great War and the global nuclear event.

About the Fallout 76 game

The multiplayer wasteland experience got a new update back on the 8th of December. The new seasonal event called Night of the Moth added a couple of quality of life improvements alongside area looting, loot sharing, and a keyring.

The game has received ten major updates since it came out back in 2018.  Here are some interesting facts about it.

The map of Fallout 76 is four times bigger than the size of its predecessor’s map. Fallout 4 invites players to Boston and some parts of Massachusetts. According to Todd Howard, the executive producer, and game director, 76 does have a bigger map than the fourth title.

The game had one of the most disastrous launches and was met with negative backlash from the gaming community. The announcement also resulted in a massive disappointment among Fallout fans as they were not expecting a multiplayer game in the series. The team behind the game has worked more than 3 years and made Fallout 76 a much better title in terms of content and performance. Now the last member of the franchise has a lot to offer and does provide a quite rewarding experience. As of 2022, 76 is one of the best multiplayer survival and RPG games as well.

How to Join the Xbox Insider Program?

How to Play Xbox Games on Steam Deck?